The grapes are picked, the wine is in the barrel, and the vineyard is put to bed. And so ends another vintage at Dragon’s Vineyard and Wine Company. It is time for, after such a frenetic month, a good rest.

We picked three times this year. The first was in the middle of September for the famous Dragon’s Kiss Rose` and twice in October: once for our award winning Dragon’s Lair Pinot Noir and a second time for a brand new venture. There will be more coming on that at a later date.

For the first two picks we hired a professional crew who came and picked in a most efficient and proficient manner; they actually ran up and down the rows. It was fairly exhausting just watching them. But run they did, in good humor and chatting in a friendly manner between themselves. By noon the grapes were gone. The last pick is a different story.

So the third pick is the one we like to call the “Family and Friends Pick.” We put out a call to all our friends to see who would like to come out and pick grapes with us, the payoff being a bottle of wine and a quiet, intimate luncheon afterwards. Most agreed to the bottle of wine, but none would agree to a quiet, intimate luncheon. Nothing would do but a loud, raucous party afterwards. We agreed to the terms and set a date. The Saturday we chose ended up being a glorious October day.

Remember how I said the first two picks were efficient and proficient? The last pick was neither of those things. People started showing up around 0900 and drinking beer around 1000, this being a veteran heavy crowd, although there were some civilians who managed to get into the spirit of things rather handily. They’d drop the fruit into buckets; I’d load the buckets in the truck and then drive them to the winery, a trip of not more than a couple of minutes. I don’t know how many trips I made. All I do know is that each time I got back to the vineyard people seemed to be having a better time every time I returned.

The winery had a crew of close friends who were sorting the grapes and separating out the MOG (material other than grapes) running the de-stemmer and getting the berries into the totes. They particularly appreciated it when someone in the vineyard would drop an ice-cold beer into a bucket of grapes as a motivator, because sorting out MOG is boring when the grapes are as clean as ours. Our good friend Tommy Houston, Vineyard Pirate at Large, prepared the food, sliced the salami and in general did what he could to keep people in the vineyard and picking and not mysteriously disappearing only to re-emerge at the beer cooler. Keeping them collected and on task was like herding cats.

We were done at three thirty in the afternoon. The winery crew came over to join the party, corks were pulled, food was served on the patio, thanks were given, and the party went on into the wee hours of the morning, as loud and raucous as when they had first started picking. And only one person cut a finger with their clippers, and no one was stung, which in itself is little short of miraculous. 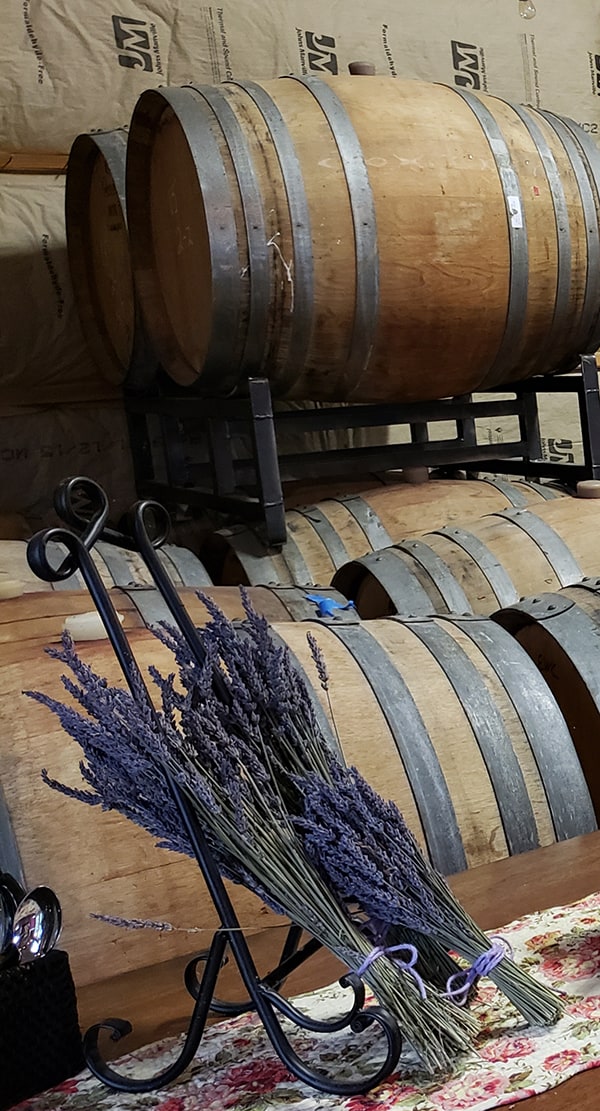 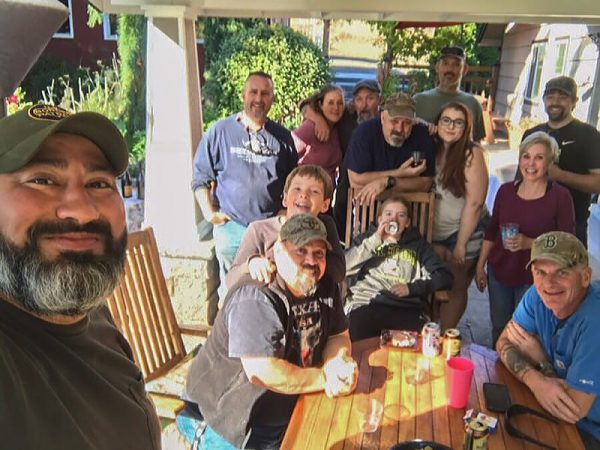 But the picking is just the beginning of this busy time. Once the fruit is picked and in the totes wine making begins. First is the cold soak where the grapes are let to sit and begin to break down and release their juice. Juice is sent to an analytical laboratory for analysis of varying measurements so we know what we are starting with and adjustments can be made if needed. After several days it is inoculated with yeast and fermentation begins. It forms a thick cap of berries that float to the top and that cap has to be punched down into the juice morning and night to keep the berries from drying out as well as adding a bit of oxygen into the mix and helping to extract color and flavor from the berries.  Temperatures and Brix (a measurement of sugar) is taken twice a day to follow the progress of fermentation. Nutritional additions are made if necessary to keep the yeast happy and the fermentation moving along. At the completion of fermentation this menagerie is pressed to squeeze out the wine from the solids. The pressing of the wine was going so well and as it turned out, too well. But alas, that was soon to change. I made the mistake of stabbing a hole into the internal bladder of the press rendering it useless. I won’t bore you with the details as to how that happened, but mortified I was. The pressing came to a complete halt while phone calls were made up and down the valley to find a replacement bladder for this Italian made press. Once one was found I was sent off into the hinterlands to retrieve it while the rest of the crew took a long awaited lunch break of steaming hot pizza and cold beer. On return I was heckled mercilessly and dubbed nicknames like B3, standing for ”bladder bursting bastard” and the like. I was also informed that if I had a Hobbit sword, “Bladder’s Bane” would be engraved on it. But by late into the evening the wine was all finally pressed and left to settle. After two days it was racked into clean barrels for the year long, or more, aging process. In the mean time, it’s back to work in the vineyard.

The vineyard has to be prepared for next year; first a post harvest fungicide spray, then tilling of the vineyard floor, then laying down lime, then tilling the lime in, then seeding for the new ground cover. Of course these processes never go smoothly, there are the attendant broken fittings, blown hoses, and even a popped tractor tire this year. Trudy and Agent Orange were practically covered in liquid calcium/lime by the time they were done. All of it has to be done before it rains so much you can’t get the tractor in the vineyard and the temperatures drop so cold the seed won’t germinate.  But, as Tommy The Vineyard Pirate so succinctly puts it, “If it went smoothly, it wouldn’t be us, now would it?”

October 31st the frenzy abates, to a degree.  Chores slow done to a manageable pace. There is still equipment maintenance, trellis repair, sales and marketing, special events and oh yes, monitoring the progress of the wine but we’ve no need to go into the vineyard until January when we start pruning. We can trade our sun hats for toboggans, our boots for slippers, our jeans for flannel pajamas and, with the rest of the vineyard to which we’ve tied ourselves to in so many ways, await the coming dormancy knowing we’ve done all we can. 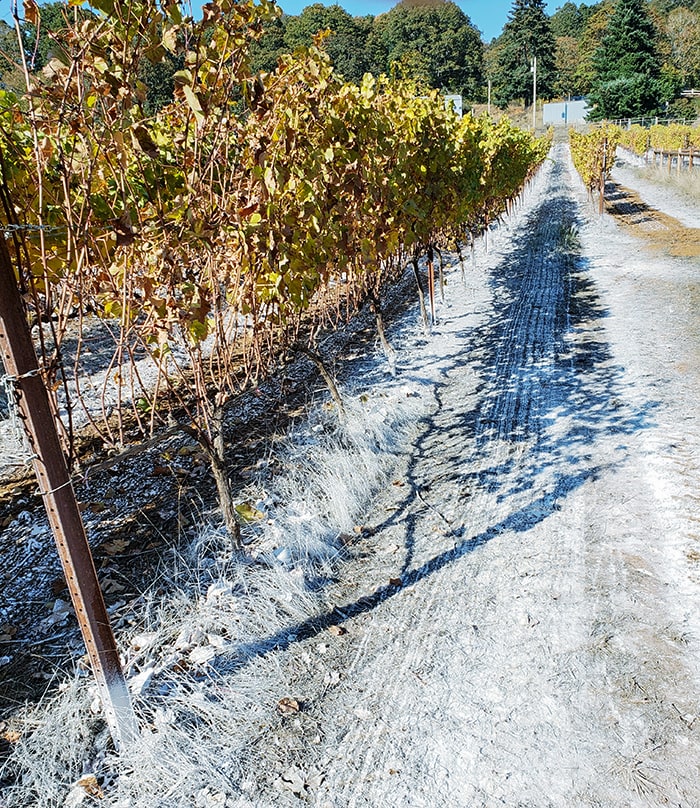