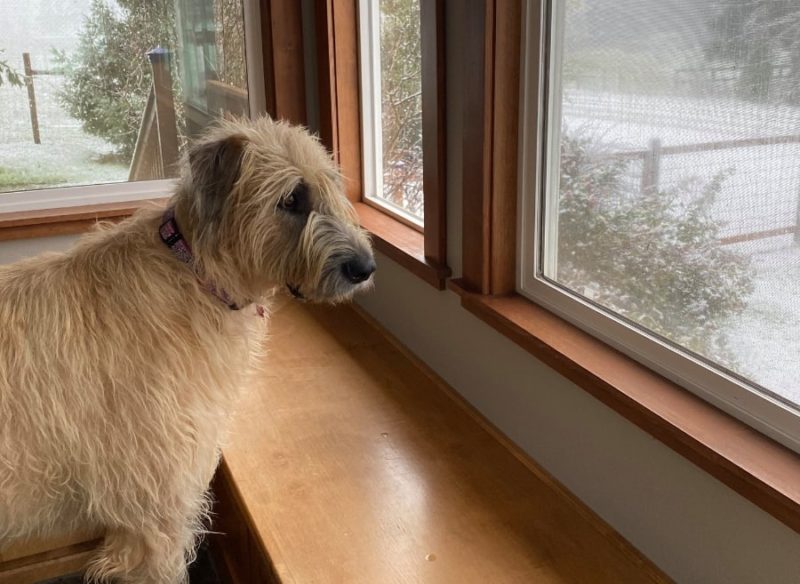 Well, friends, here we are in 2021.  Speaking for myself, I’m having a hard time differentiating between the two. If anything, it’s like 21 has a bet with 20 that it could be even more tumultuous. “Cute pandemic you got there. I’ll see that and raise you an insurrection.” It boggles the mind. At least it does mine. We find ourselves spending this February much as we did the last. If one thinks about it, it could remind one of a sort of Groundhog’s February. Let us all hope that every month this year isn’t just a replay of the month from last year. I’m sure they won’t be, at least not all of them. There has to be an exit to this tunnel, and that exit will be egressed through this year. Of that I’m fairly, almost positively, relatively certain, will happen.

How were your Holidays? Ours were pretty low-key. We had the pleasure of having our son, Devon, home this year and that made it special for us. Last Christmas, if you remember, he was deployed to Jordan. Christmas with our extended family was via Zoom. This was a hilarious endeavor getting our not so technologically savvy family members all on board.  For New Year’s we were invited to some friends of ours and we had an excellent time. We even made it to midnight which is a rarity for us. Must have been the invigorating company and the champagne.

Enough of last year, at least the nasty parts of it, of which there were entirely too many of. The best parts were, of course, you our customers. If we had any success last year it was literally because of you. I would especially like to express my deep gratitude for our Khaleesi Club members. You were so patient and we cannot begin to tell you how much we appreciate that. For those of you that ventured out to pick up your shipments, thank you so much. I truly hope it was worth your time. This year, at some point, we will be able to gather, enjoy a very good meal, some excellent music and, of course, some very good wine. It will be epic, I promise.

As far as the vineyard goes, the damage to the trellising has been repaired. We had to replace about ten posts that the wind from the Labor Day firestorm blew down. I took advantage by buying a new battery powered four-inch grinder that I swore that I simply had to have in order to accomplish the mission. Year-end foliar fungicide was applied and the fertilizer and lime spread. Our hats go off to Wilbur Ellis for analyzing our leaf, petiole and soil nutrients and producing a custom fertilizer just for our vineyard. Dragon Six started the pruning not long after Christmas and we managed to get all but six rows done before my knee replacement. It is quite a relief to have that particular chore done. So the vineyard is pretty much put to bed. It’s too wet to get any equipment up there. Most days are gray and cold and raining, completely typical Oregon winter days. It’s quite pleasant to look out the window and instead of trudging back out into the elements with your gloves not quite dry from yesterday, how about we just make a pot of tea and play gin rummy in front of the fire place instead?

As far as the next season goes, the sign out front says we’re open from April to December, but we’ll see about that April part. We don’t know if we’ll be allowed to have people inside, people outside, both, either, or if we’ll even be allowed to open at all. We will obviously keep you posted.  Whenever we’re allowed to open back up, the wines will be ready. We’re bottling the Dragon’s Kiss Rose` in March and it looks to be just as good as any Herself has ever made. The Dragon’s Lair Pinot is barrel tasting incredible and will be bottled in August and we’re sourcing some really nice white wines as we speak. We look to have a very nice flight for you to enjoy the next time you come down. When that time will be available, we will make sure you know just as soon as we do.